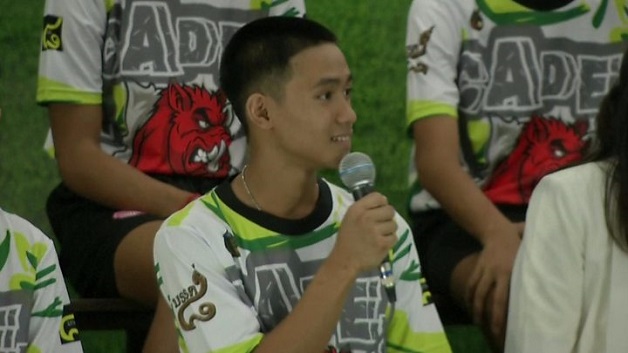 The 12 boys rescued from a flooded cave in northern Thailand last week have spoken publicly of their ordeal for the first time, describing the “moment of miracle” when divers found them.

Adul Sam-on, age 14, the only member of the group who speaks English, told reporters he could only say “hello” when the British divers surfaced.

The boys were trapped in the caves for more than two weeks.

According to BBC News, the boys left hospital earlier today and were on their way home.