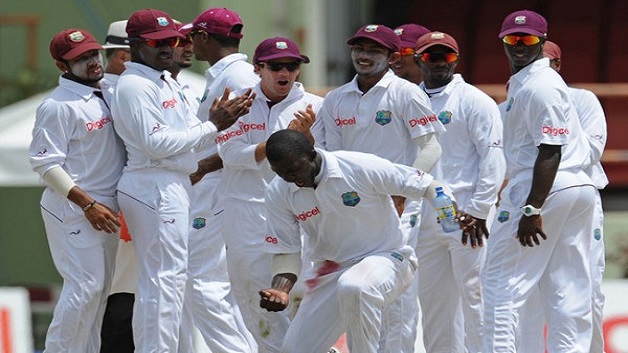 West Indies have taken another blow to their Test ranking following their 2-NIL series defeat to New Zealand.

Though the Caribbean side remains eighth in the rankings, they have lost three rankings points and are now alongside ninth-ranked Bangladesh on 72 points.

Only mere decimal points have kept the Windies in eighth spot.

West Indies’ hopes of making a move up the rankings were scuppered when they went down by an innings and 67 runs to the Black Caps inside four days in the opening Test at Wellington two weeks ago.

And their attempt to level the series in Hamilton this week came up short as they lost by 240 runs with a session to spare on the fourth day.

The Windies have languished near the bottom of the international rankings in recent years, as their results in the game’s longest form continue to wane.

The recent series defeat meant they have now not won a series on New Zealand soil in 22 years and are without a series win over a higher-ranked nation since they swept the Black Caps in the Caribbean five years ago.

West Indies beat Zimbabwe 1-NIL in a two-match series in Bulawayo last month but dropped points as the African side is the lowest-ranked Test-playing nation.

They have now won just four Tests of their last 20 inside the last two years but three of those have come over the last three months, including victories over then highly-ranked Pakistan and England.

With the series win, New Zealand have risen three points but remained fourth, one place ahead of Australia, while India maintain a healthy lead over South Africa at the top.

No Tsunami Warning Been Issued For Islands Of The Lesser Antilles