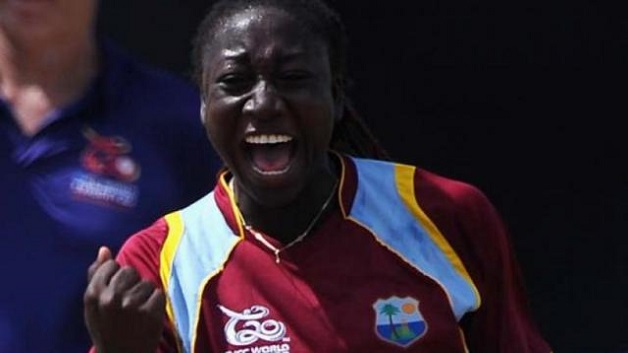 West Indies Women’s captain, Stafanie Taylor, has continued her slide in the international rankings, as the fallout continues from her side’s wretched outing at the recent ICC Women’s World Cup in England.

Deandra Dottin, who struck her maiden ODI hundred during the tournament, has fallen three places to 17th.

Taylor and Dottin are the only two West Indies players in the top 20, with Hayley Matthews the next best ranked Caribbean player at 32nd.

Dottin was the leading Windies run-getter with 185 runs with Taylor ending with 179.

In the bowling, meanwhile, Taylor slipped one place to fourth in the rankings headed by South African Marizanne Kapp, with Indian seamer Jhulan Goswami jumping four places to second.

Off-spinner Anisa Mohammed, who ended the tournament with seven wickets, is ranked 13th.

Taylor, who managed just five wickets with her off-spin, remained number two in the all-rounders list after being knocked off the top earlier this month by Australian Ellyse Perry.