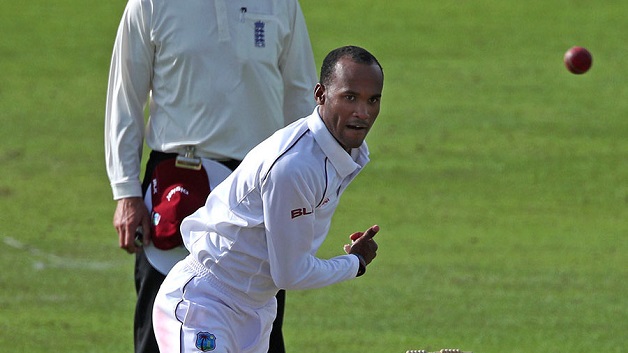 West Indies’ Kraigg Brathwaite has been reported for a suspect bowling action during an innings and 209-run defeat by England in the first Test at Edgbaston.

“The match officials’ report, which was handed over to the Windies’ team management, cited concerns about the legality of the 24-year-old’s bowling action,” said an International Cricket Council (ICC) statement issued on Sunday.

Brathwaite remains free to bowl in international cricket ahead of the results of a test on his action, which must take place within a fortnight, according to ICC regulations.

That means he could bowl when the West Indies bid to level the three-match series in the second Test at Headingley starting Friday.

The 24-year-old has taken 12 wickets in his 38-Test career, with half of those coming in a single haul of six for 29 against Sri Lanka in Colombo in October 2015.