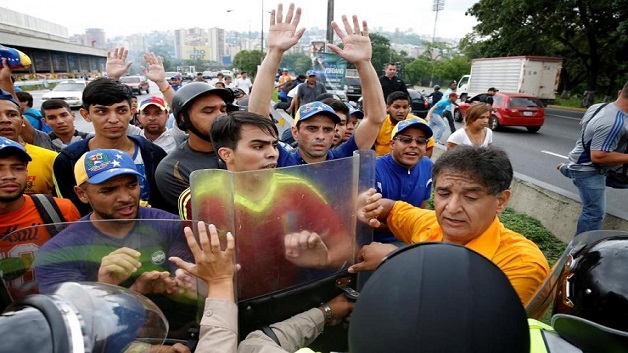 Carnage continued to rage over the weekend in Venezuela as the death toll rose to at least 60 people in continuing anti-government protests waged almost daily since the end of March.

A 33-year-old man who was injured last Thursday night during a protest in the western city of Cabudare died on Friday, while a former military man died on Saturday in another part of the country.

A 20-year-old man from the opposition Popular Will Party became the most recent person to die on Sunday.

Attorney General Luisa Ortega has blamed military police for hundreds of injuries, while many more have been incarcerated.

President Nicolas Maduro is resisting their calls for early elections, saying the opposition and the United States are plotting a coup against him.

The Italian city of Venice under water , following severe flooding