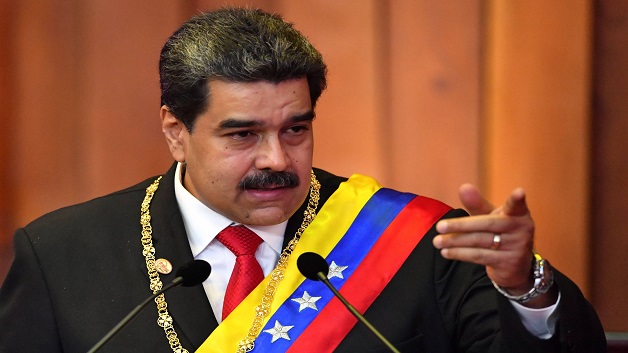 Venezuela announced a dramatic hike to the minimum wage Monday in a move that critics expect will do little to alleviate widespread suffering in the crisis-torn country.

It’s the third pay raise this year in Venezuela, a once-wealthy oil-producing nation plunged into an economic crisis with hyperinflation that devours the regular increases. Critics immediately lashed out, saying the bump lacks accompanying measures by President Nicolas Maduro’s socialist government to fix the broken economy and end hyperinflation.

A whole chicken at a supermarket in September cost 80,000 bolivars, equivalent to roughly $4. “They continue to mock working people,” said opposition leader Juan Guaido, critical of Maduro who didn’t personally explain the change.

“Without owning up to it, he leaves his sad announcement to somebody else.” Guaido early this year launched a campaign to oust Maduro with backing from the United States and more than 50 other nations.

Maduro, who hasn’t addressed the increase, maintains power with support from the military and nations including Cuba, China and Russia. Diego Moya-Ocampos, a Venezuela analyst with the London-based consulting firm IHS Global Insight, said yet another wage increase will have only short-lived positive impact for most Venezuelans.

Vincentians to vote for favourite products and services as part of ‘Best of SVG’...