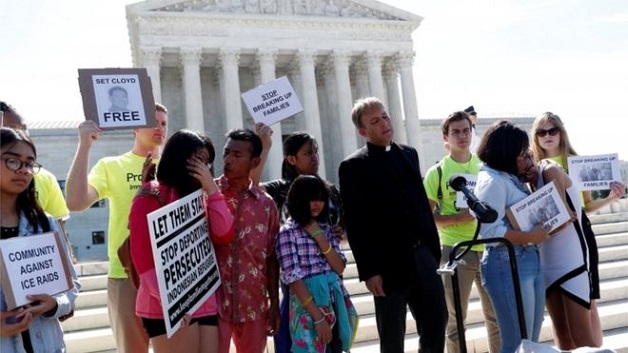 The US Supreme Court has ruled in favour of the Trump administration’s travel ban targeting people from several Muslim-majority countries.

Lower courts had deemed the ban unconstitutional, but the US top court has reversed this decision in a 5-4 ruling announced today.

The ban prohibits most people from Iran, Libya, Somalia, Syria and Yemen from entering the US.

According to BBC News, the court’s reversal is viewed as a victory for the Trump administration.

But the travel ban has been widely criticised by refugee and human rights groups.

Chief Justice John Roberts wrote the opinion, which said the travel ban was “squarely within the scope of Presidential authority”.

C-section births surge to ‘alarming’ rates worldwide according to study