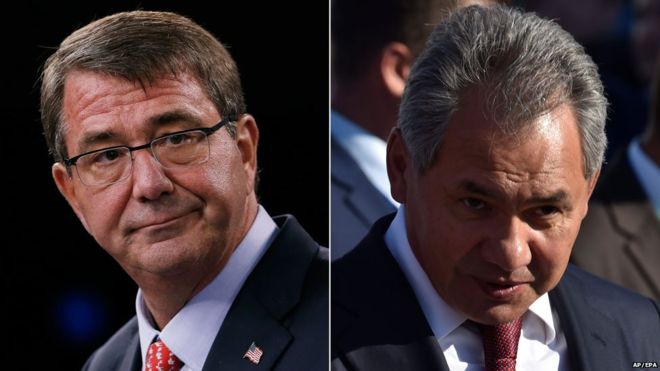 President Barack Obama would like to hold military talks with Russia on Syria, and hopes they could take place “very shortly”, his Secretary of State John Kerry has said.

“We’re looking for ways in which to find a common ground,” he added.

The US has been concerned about Russia’s increased military presence in Syria.

Moscow has meanwhile said that any request from Syria to send troops would be “discussed and considered”.  “But it is difficult to talk about this hypothetically,” Kremlin spokesman Dmitry Peskov added.