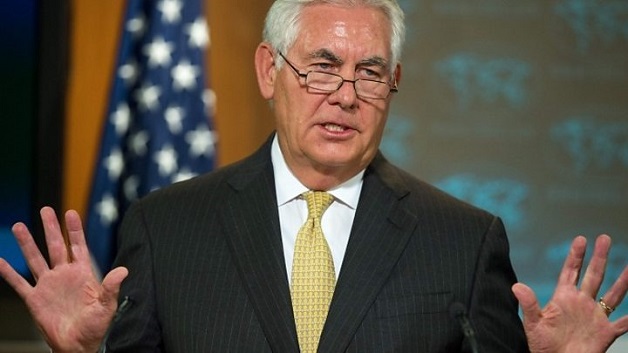 The US government is not seeking a regime change in North Korea, the secretary of state says, amid tensions over Pyongyang’s weapons programme.

“We’re not your enemy,” Rex Tillerson said, adding that the US wanted a dialogue at some point.

Pyongyang claimed its latest missile could hit the US west coast.

The second test of an intercontinental ballistic missile (ICBM) on Friday, celebrated by North Korean leader Kim Jong-un, was the latest to be conducted in defiance of a United Nations ban.