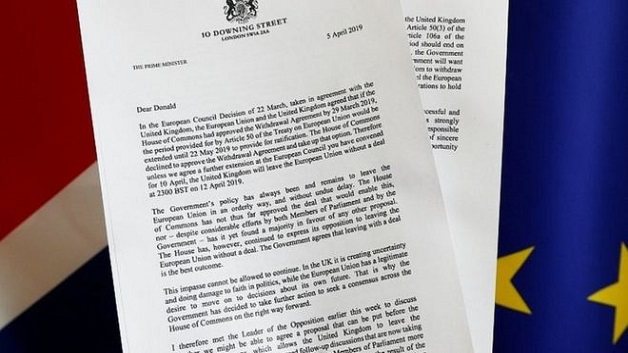 British Prime Minister Theresa May has written to the European Union to request a further delay to Brexit until 30 June.

According to a BBC report, the UK is currently due to leave the EU on 12 April and, as yet, no withdrawal deal has been approved by MPs.

The prime minister has proposed that if UK MPs approve a deal in time, the UK should be able to leave before European Parliamentary elections on 23 May.

But she said the UK would prepare to field candidates in those elections in case no agreement is reached.

It is up to the EU whether to grant an extension to Article 50, the legal process through which the UK is leaving the EU, after MPs repeatedly rejected the withdrawal agreement reached between the UK and the bloc.

Bomb detonated outside US embassy in Beijing