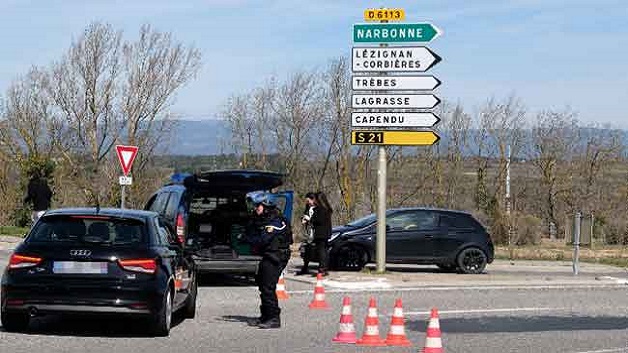 French authorities say three people have been killed after a gunman held up a car, opened fire on police and then took hostages in a supermarket in southern France.

Police stormed the supermarket in the small town of Trebes and shot dead the attacker.

Officials confirmed the death of the gunman on Twitter.

French President Emmanuel Macron said the incident appeared to be a terrorist attack and security forces were securing the area.

According to Reuters, French officials said the hostage-taker claimed allegiance to Islamic State and demanded the release of Salah Abdeslam – the prime surviving suspect in the Islamic State attacks that killed 130 people in Paris in 2015.

Two-day training seminar to be held on combating human trafficking

Four fans killed in stampede at game in Honduras