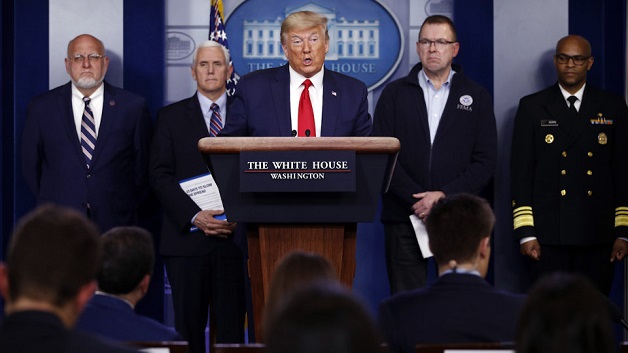 US President Donald Trump has ordered the deployment of National Guard troops in the three states hardest hit by the coronavirus outbreak.

According to the BBC, troops will be used in New York, California and Washington to deliver medical aid and set up medical stations after the number of deaths nationwide rose to 471 and infections to 35,244.

There are fears of a shortage of key medical supplies in New York City.

A bill to fund national relief efforts has been blocked in the Senate.

Opposition Democrats want the emergency stimulus bill, which is worth almost $1.4 trillion (£1.2 trillion), to include more money for state and local governments and hospitals, while Mr Trump’s Republicans are pushing for quick action to reassure financial markets.

President Trump described the crisis facing the US as a “war”, saying: “I want to assure the American people that we’re doing everything we can each day to confront and ultimately defeat this horrible invisible enemy.”