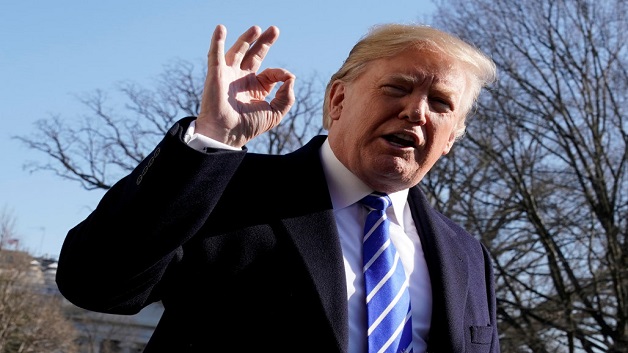 US President Donald Trump lashed today at the US judicial system as “broken and unfair” after a judge blocked his decision to end a program that protects so-called “Dreamers” from deportation.

Earlier, the White House had called the ruling on Tuesday by US District Judge William Alsup in San Francisco “outrageous,” coming the same day Trump met lawmakers from both camps on the so-called Deferred Action for Childhood Arrivals, or DACA, program.

“It just shows everyone how broken and unfair our Court System is when the opposing side in a case (such as DACA) always runs to the 9th Circuit and almost always wins before being reversed by higher courts,” Trump said in a tweet, according to a report by AFP News Agency.

The DACA program, instituted by Trump’s predecessor Barack Obama in 2012, protects from deportation hundreds of thousands of immigrants who arrived in the country illegally as children.

PM calls on Vincentian public not to be complacent

US to close Palestinian mission in Washington