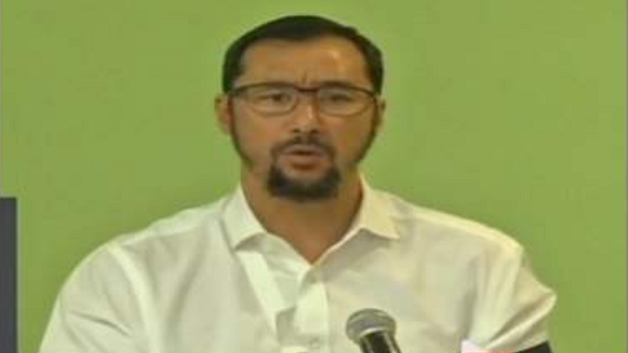 The Trinidad and Tobago government has defended its decision not to re-open its borders to accommodate 35 nationals stranded in Barbados, insisting that the measure is part of an overall effort to prevent the spread of the new coronavirus (COVID-19) here.

The Trinidad and Tobago government today defended its decision not to re-open its borders to accommodate 35 nationals stranded in Barbados, insisting that the measure is part of an overall effort to prevent the spread of the new coronavirus (COVID-19) here.

“The only way a country has a chance to beat this, to keep the curve down, is to take some of the difficult decisions and the measures we have done are on the advice of medical experts,” National Security Minister Stuart Young told a news conference.

“So whenever we shut our borders…it is not something that we want to do, it is not something we take pleasure in doing, but the reason for it is to protect you, the remaining population in Trinidad and Tobago and every person we allow in now presents a risk potentially,” he said, adding that the government had announced last week the intended closure of the borders and that there were still available flights for nationals wanting to return home.

Young told reporters that he had been in discussions with Barbados Prime Minister Mia Mottley and her Attorney General, Dale Marshall, on Monday regarding the Trinidad and Tobago nationals, describing the deliberations as “a very CARICOM conversation”.

”I emphasised what our position was and they understood,” he said, adding that Barbados already has in place mandatory self-quarantine or quarantine period of 14 days.

“The Prime Minister of Barbados and the Attorney General pointed out that Barbados has a mandatory quarantine or quarantine by the state of 14 days. That is their attempt to try to protect their population. They understand what is taking place and we went a step further and closed our borders, not because we want to keep any Trinidadian out that is not the reason.”

“It is to protect those who are within our borders,” he said, adding that he found it a “little bit disappointing” to be asked by the media whether or not the government would be footing the hotel bill for the Trinidadians in Barbados.

“That was one of my discussions yesterday with the Prime Minister of Barbados and the Attorney General of Barbados. They said they would do what they can to see our people comfortable, they have to comply with the strictures of the mandatory quarantine in Barbados.

Young said that everyone “took personal decisions…I feel empathy for them, we honestly do, but the duty of the government, which we are very clear about, is to protect those who are here in Trinidad and Tobago and to uphold our decision to close the border”.