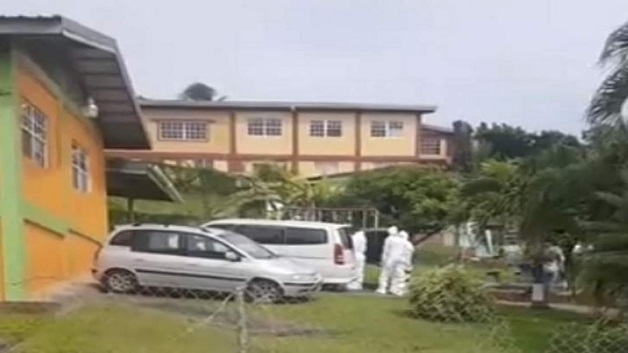 A nursery school teacher was beaten to death in Tobago on Friday morning.

Police believe the victim, Kyla-Marie Cain, was killed with a hammer.

The killing occurred at around 8 a.m. near the Dorothy Moses Nursery School.

Cain was attacked near a school where she taught. Police say she was on her way to the school when the killer came. She died before paramedics could administer aid.

The incident reportedly took place in full view of at least one child.

Police suspect the incident was domestic-related and are searching for a male relative.

The killing took the murder toll in Trinidad and Tobago to 63, according to a tally by the Trinidad Express.

Cain is the second person killed in Tobago, and the fifth woman killed in the country for the year.

Trump to deploy National Guard to fight virus Coronavirus cases in the US surge...