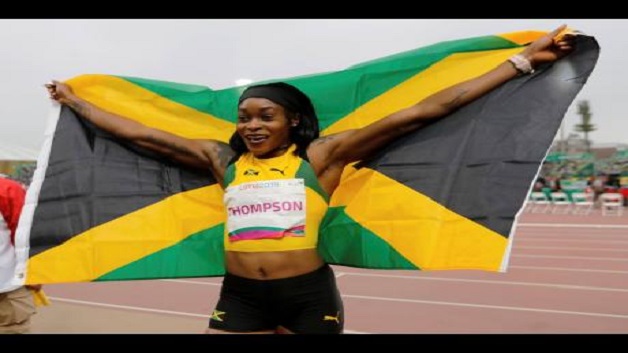 Thompson took victory in her debut 100m final at the Pan Am Games, in Peru – with a time of 11.18 seconds, while her teammate Natasha Morrison was sixth in 11.40 seconds.

Thompson’s name appearing on the Jamaica Athletics Administrative Association’s Pan Am Games teams list surprised many, who thought she would not have seen the event as high enough on her priority list to attend, but she says that she had no issue showing up as it helps her prepare for the World Championships in Doha, Qatar, next month.

Thompson’s gold was just one of two mined by Jamaica on the day as Natoya Goule kept her promise to herself to become the Pan Am champion in the 800m event. She is the first Jamaican to medal in the event at these Games.