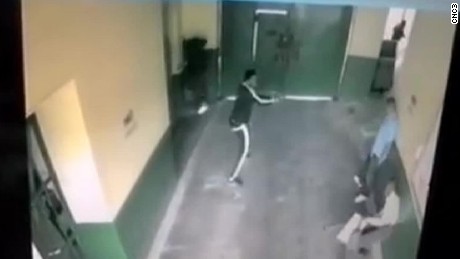 The third prisoner, who participated in a brazen jailbreak on Friday that resulted in the death of a police officer in Trinidad, has surrendered, the police have said.

Christopher “Monster” Selby, age 30, surrendered on Sunday night, hours after police said that the body of a second prisoner, Hassan Atwell, was found on the outskirts of the capital with multiple bullet wounds.

On Friday, police shot and killed another escapee, Allan “Scanny” Martin, age 42, “following an exchange of gunfire in the vicinity of the Port of Spain General Hospital while seeking to elude capture”.

A statement from the police over the weekend said that a 43-year-old man had been held in connection with the escape and is currently assisting their investigation.

US House in first vote on Trump impeachment probe