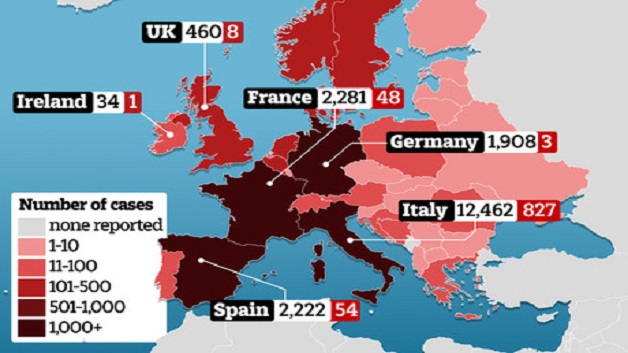 The number of declared coronavirus cases in Europe topped 250,000, more than half of which are in hard-hit Italy and Spain. But over the last 24 hours both countries reported improvements.

According to Aljazeera News, spain registered 655 fatalities from the coronavirus – down from more than 700 on Wednesday, while Italy confirmed a lower rate of infections.

The World Health Organization’s (WHO) European office said it saw “encouraging signs”, cautioning it was too early to say whether the worst had passed.

More than 487,000 people around the world have been diagnosed with COVID-19, according to data collected by Johns Hopkins University. About 117,000 have recovered, while more than 22,000 people have died.