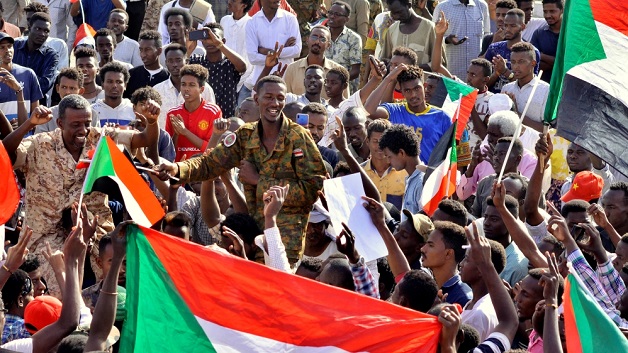 Sudan’s President Omar al-Bashir has been removed by the military after months of anti-government protests against his three-decade rule and was replaced by a military council – who imposed a three-month state of emergency and declared a transitional body that would rule the country for two years.

However Sudan’s defence minister stepped down abruptly as head of the country’s transitional ruling military council – after only a day in the post, as protesters demanded quicker political change following President Omar al-Bashir’s ouster by the armed forces.

German Chancellor Angela Merkel says Berlin supports the Sudanese protesters’ demand for the military government to hand power over to a civilian administration.

Speaking prior to a meeting with the head of the UN’s refugee agency, Merkel also expresses concern about the human rights situation in both Sudan and Libya while calling for an improved approach to the factors that force people to migrate.