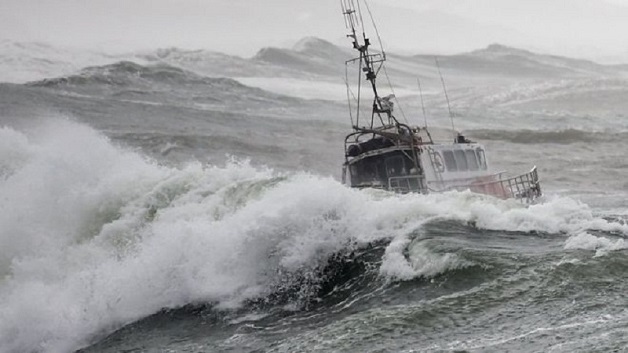 A rescue boat has overturned in the Atlantic off the west coast of France leaving three members of the crew dead, amid winds of up to 80 mph.

According to the BBC, they were part of a crew of seven who had gone to the aid of another boat which had got into difficulty as Storm Miguel struck the area.

Winds of up to 147km/h hit northern Spain earlier, swirling around the Bay of Biscay and moving on to France.

Forecasters said the storm is unusual, coming at the start of the summer tourist season.

Photographs of the National Society of Sea Rescue boat captured it rolling in large swells in the moments before it capsized – after which the vessel ran ashore upside down.

Three helicopters and around 60 firefighters were attempting to find the bodies of the three dead.