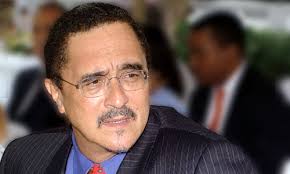 Anthony, who arrived there on a helicopter, later joined Prime Minister Roosevelt Skerrit on a tour of the devastated country still reeling from the effects of Tropical Storm Erika.

The storm last Thursday dumped more than 12 inches of rain within a 12 hour period, but long enough to wash away several homes, roads and bridges and cutting off several communities.

Education Minister Petter St. Jean said yesterday that schools which were due to re-open on September 1st, will now remained close until further notice. He said as many as 22 of the 75 schools had been damaged and the others were serving as shelters.