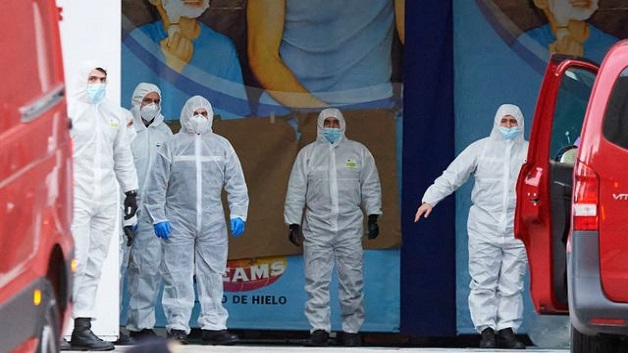 In Europe, Spain has recorded more than 700 deaths over the past 24 hours, surpassing China in the total death toll, making the country now second to only Italy.

In a report, the BBC said in comparison, China has officially reported 3,285 deaths, while Italy – the worst affected country – has 6,820.

Spain’s prime minister will later ask MPs to extend his country’s state of emergency for another two weeks.

Lawmakers are expected to agree to Pedro Sánchez’s request for lockdown measures to stay in place until 11 April. Under the rules, people are banned from leaving home except for buying essential supplies and medicines, or for work.

These are the highest figures for Spain in a single day. The country now has 47,610 confirmed cases.

Catalonia accounts for close to 10,000 of those, while the Basque Country and Andalusia both have more than 3,000 cases. However, the worst affected region is the area around the capital Madrid, which has recorded 14,597 cases.

UN Calls for immediate end to airstrikes in Syria

Transition of new EC bank notes in SVG to take effect in MAY/JUNE of...