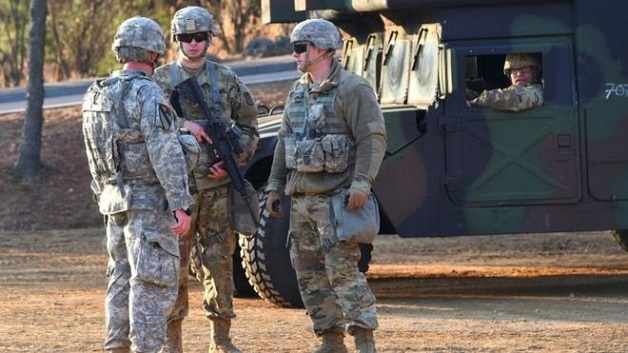 South Korea’s government has said US troops will remain in the country, even if a deal is reached to formally end the Korean War.

About 29,000 US soldiers are based in South Korea, under a security agreement reached after the war ended in 1953.

North Korea has previously made giving up its nuclear weapons conditional on the troops leaving the peninsula.

But according to BBC News, a South Korean government spokesman said their presence was “nothing to do with signing peace treaties”.

In their breakthrough meeting last Friday, Mr. Moon and North Korea’s Kim Jong-un agreed to work towards a denuclearised Korean peninsula and a peace treaty to formally end the Korean War.

The war ended in 1953 with an armistice, so the Koreas are still technically at war.