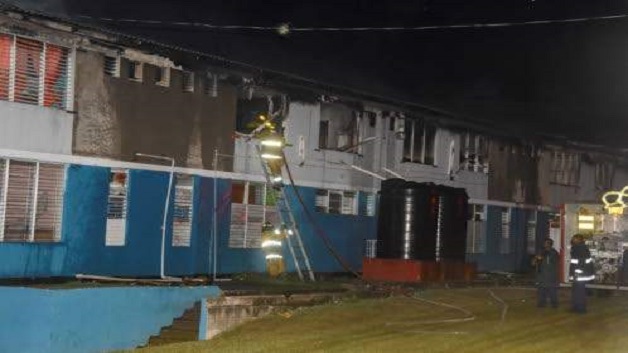 In Jamaica – Sagicor is donating $1 million towards relief efforts in the aftermath of a fire that damaged the Jamaica National Children’s Home in Papine, St Andrew last Friday night.

Sagicor Group Jamaica President and CEO Christopher Zacca is quoted in a company statement as saying, that they watched some of the live footage of that fire in horror and felt they had to help the boys and girls of the Jamaica National Children’s Home.

Jamaica’s Prime Minister Andrew Holness, who went to the home on hearing of the fire, reassured the children that they would be moved to another location.

Meanwhile, the Office of The Children’s Advocate said it has initiated steps to conduct its own investigation to determine what caused the fire.

Children’s Advocate Diahann Gordon Harrison expressed deep concern that the fire came so closely after the fire that destroyed Walker’s Place of Safety, another State care facility, in January 2018.