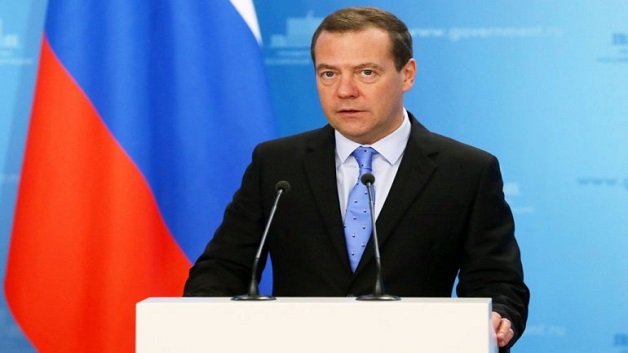 Russian Prime Minister Dmitry Medvedev vowed today to crack down harshly on people who intended to profit from reselling their tickets to the 2018 World Cup.

The price of admission for the June 14-July 15 event ranges from 1,200 rubles for the nosebleed seats at the opening matches to 66,000 rubles for the best ones available for the grand finale.

Medvedev told a Government meeting that Russia had assured the world football governing body FIFA it would stop scalpers in their tracks by imposing prohibitive fines at the marquee event.

“This includes fines for those who engage in (price) speculation,” Russian news agencies quoted Medvedev as saying.

“It will not matter whether these are ordinary citizens or officials, individual entrepreneurs or organisations.”

The Kommersant newspaper said a law being drafted by the government slaps fines on individuals that could reach 25 times the price of the ticket’s face value.

Scalpers who get caught reselling the most expensive ones for the final at Moscow’s refurbished Luzhniki Stadium would thus have to cough up US$28,000 — nearly four times the average annual salary reported by Russia’s statistics agency in July.

The government’s legislation must be submitted to the lower house of parliament — a rubber-stamp body controlled by the Kremlin — by December 18.

It then has to be approved by an equally pliant upper chamber before being signed into law by Russian President Vladimir Putin.

11 to compete in 2018 Courts Fashionista