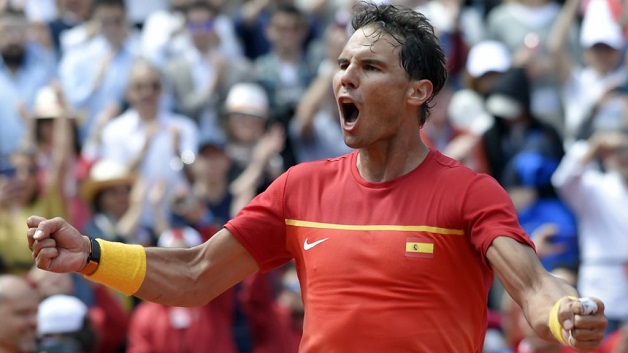 Germany led 2-1 after Saturday’s doubles but world number one Nadal levelled the tie with a 6-1 6-4 6-4 victory over Alexander Zverev.

Holders France will host Spain in the final four after beating Italy.

Croatia will take on the United States in the other semi-final, with both ties to be played from September 14-16.

Nadal was playing his first event back since retiring with a hip problem in the last eight of the Australian Open in January.