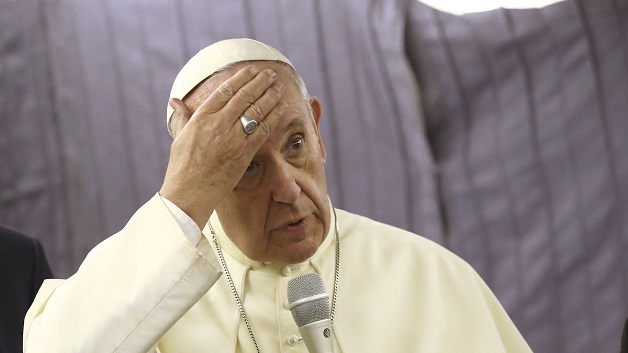 Pope Francis has apologized for remarks he made last week in Chile defending a bishop accused of covering up sexual abuse.

He said he realised his words hurt many, but repeated his belief that Chilean Bishop Juan Barros was innocent.

He was speaking to journalists on board a plane flying back to Rome.

On Thursday, the Pope said that victims who had accused Bishop Barros were committing slander.

According to BBC News, the Pope was openly criticised by Cardinal Sean O’Malley of Boston, who said he left victims of sexual abuse committed by priests feeling abandoned.