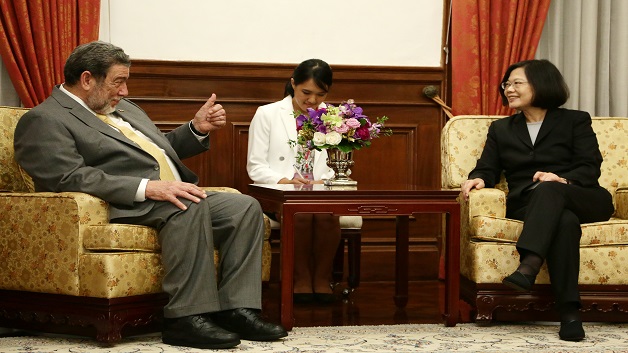 On Saturday January 11, Tsai Ing-wen was re-elected as Taiwan’s president with 57 percent of the vote, an all-time high.

Nearly three in four of the 19-million-strong electorate cast a ballot.

Tsai’s Democratic Progressive Party (DPP) managed to hold on to its majority in the 113-seat legislature as well, giving Tsai free rein to push on with her agenda in her final four-year term beginning May 20.

Dr. Gonsalves noted that SVG will continue its relationship with Taiwan.

For most observers, both in Taiwan and abroad, the outcome was just as predicted, and the US secretary of state hailed the election as proof that Taiwan “is a force for good”.

Barbados and three other CARICOM countries accused of being tax haven