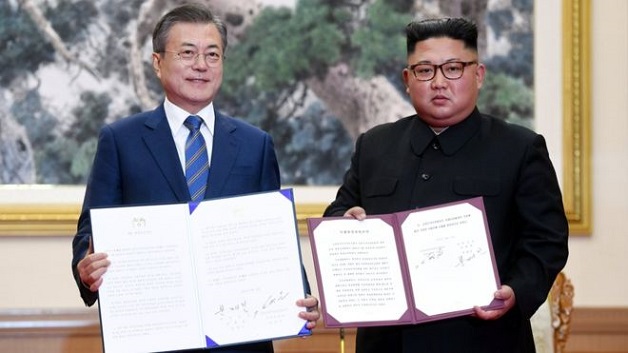 After meeting in Pyongyang, Mr. Moon said the two leaders “agreed on a way to achieve denuclearisation”.

According to BBC News, the agreement was described by Mr. Kim as a “leap forward” towards military peace on the peninsula.

Mr. Kim also said he hoped to “visit Seoul in the near future” – he would be the first North Korean leader to do so.

The main focus of the summit was the issue of denuclearisation. While the US and North Korea agreed in broad terms earlier this year to work towards that goal, negotiations have stalled.

Pyongyang has now sought to reconfirm its commitment.

Jomel Warrican stars as West Indies dismiss Sri Lanka for 200 in the 2nd...