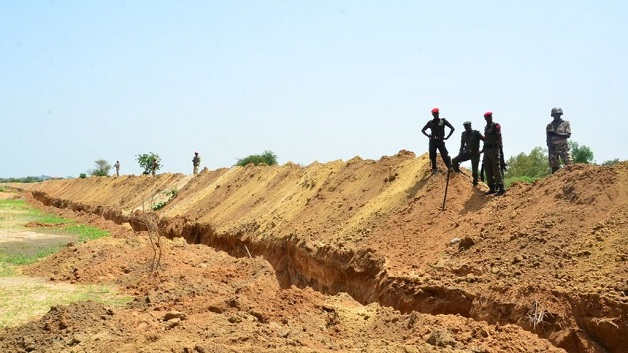 Authorities in north-eastern Nigeria have begun digging a 17 mile trench around the University of Maiduguri to prevent attacks by Boko Haram Islamist militants.

On Sunday three suicide bombers attacked the university killing themselves and a security guard.

Nigerian police say that in the first attack on Sunday, a suicide bomber blew himself up inside the grounds of Maiduguri’s university, killing a female security guard.

According to BBC News, the trenches are designed to make it impossible for the militants to drive into the university as well as making it harder for them to access the campus on foot.

Jamaican Scammer sentenced to 41 months in US prison