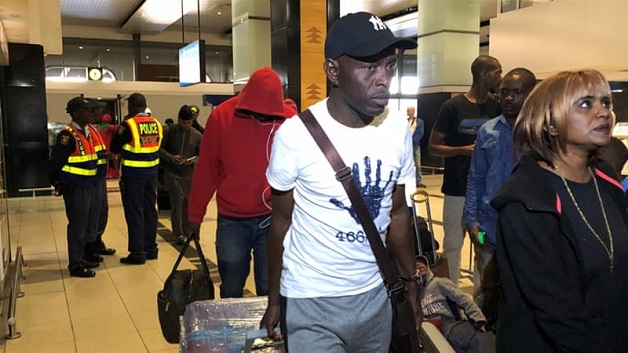 Nigeria has started the process of repatriating more than 600 of its citizens from South Africa – following a wave of deadly xenophobic attacks that has frayed relations between the two countries.

In a report, Al Jazeera News said a Private Nigerian airline Air Peace, has volunteered to fly people for free back to Lagos. At least 320 Nigerians are expected to be flown out on Wednesday, while a second flight will depart today. At least 640 Nigerians have signed up for the flights.

Al Jazeera’s Fahmida Miller, reporting from the airport in Johannesburg, said on Wednesday that of the more than 600 people who were expected to leave, at least half of them were already there, while a small group of people were turned back, due to incorrect documentation.

The repatriation came after deadly riots in Pretoria and Johannesburg killed at least 12 people, including two foreigners, and targeted 1,000 foreign-owned businesses.

The violence sparked international outcry and calls for a boycott.

Trade Unions in St. Vincent and the Grenadines to receive increase in wages and...

PM Minister Gonsalves reiterates that the upcoming general election will be the last he...

3 held on suspicion of human smuggling in Cayman Islands