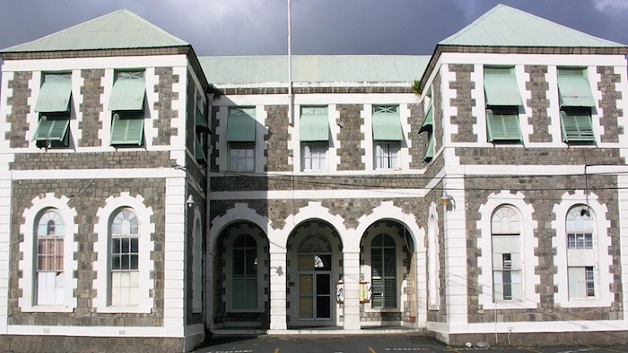 Prime Minister Dr. Ralph Gonsalves was among Members of Parliament who paid tribute to this morning in Parliament to the three Vincentian students who were killed in a vehicular accident in Barbados on Sunday.

The students – 17-year-old Danee Deverey Horne, 18-year-old Carianne Lee-New Padmore and 19-year-old Aziza Awanna Dennie –  were killed hours before they were due to return to St Vincent and the Grenadines on Sunday.

The three dead girls were part of a seven-member group who had been in Barbados since last December for an internship programme at the Crane Resort, St. Philip.

Speaking in Parliament ahead of the debate of the 2017 Estimates of Revenue and Expenditure, Prime Minister Gonsalves described the accident as “unfortunate” and said that from all reports, those injured “are going to be ok”.

He said that the government has made “a whole array of counsellors” available to the families of the deceased and noted that the Vice Dean of the Division of Technical and Vocational Education, Ms. Janelle Alleyne had travelled to Barbados yesterday.

“It shook me up, I mean…when anybody dies in an accident it’s a terrible thing but it’s absolutely devastating when its young people. It’s an awful tragedy,” the Prime Minister said, adding “our prayers are with the students, colleagues and certainly with the families of the deceased.”

Mr. Friday said when he heard the news it really was a blow since it brought back “some very painful memories” of the tragedy in which seven students died when a minivan in which they were travelling went over an embankment and into the sea at Rock Gutter, an uninhabited area between the communities of Fancy and Owia on January 12, 2015.

Principles of non-intervention and non-interference are of importance to small states says Prime Minister...