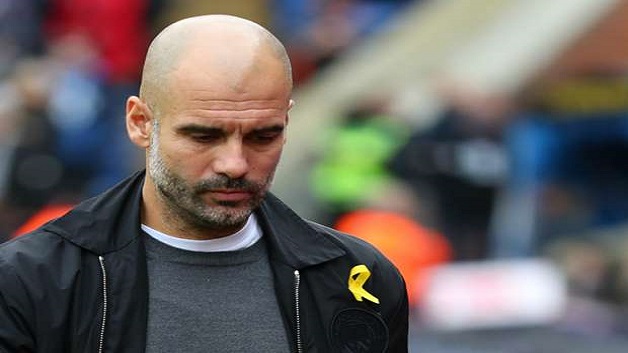 Manchester City manager Pep Guardiola has been fined £20,000 for wearing a yellow ribbon on the touchline during the Football Association Challenge Cup (FA Cup) defeat at Wigan.

On Monday, the Spaniard accepted the Football Association charge for “wearing a political message”, a breach of kit and advertising regulations.

In November, Guardiola said he wore the ribbon to support imprisoned politicians in his native Catalonia.

He has also been warned about his future conduct.

According to BBC Sports, the FA spoke to the City boss about the situation in December and had previously issued two formal warnings.

However, action was taken when he wore it pitch side – during City’s FA Cup fifth-round loss to League One side Wigan on February 19.