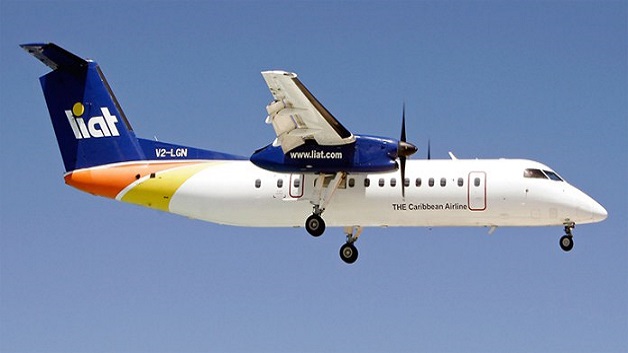 The regional airline, LIAT, says it will introduce an airport passenger facilitation fee for international flights departing from the Eugene F Correia International Airport in Guyana from September 1.

In a statement, the airline said that its newly appointed chief executive officer, Julie Reifer-Jones, led a delegation to Guyana for talks with the Director General of the Guyana Civil Aviation Authority, Lieutenant Colonel Egbert Field and representatives from the Ogle Airport Inc “to discuss concerns relating to the airport passenger facilitation fee which LIAT’s passengers are required to pay for the use of facilities at the Eugene F Correia International Airport”.

The statement said that the fee, the amount which was not disclosed, “is being charged to LIAT” and that the parties “agreed that an airport passenger facilitation fee is a normal and legitimate airport charge to the passenger and that, with IATA’s (International Air Transport Association) approval, effective September 1, 2017, this fee will be included in the LIAT ticket price”.

The statement said that the fee “will appear on the LIAT ticket for any booking on LIAT for international flights departing Guyana from the Eugene F Correia international Airport” and that the airline has “committed to working with Ogle Airport’s management to ensure that the Airport is paid on schedule in accord with an agreed payment plan”.

Significant repairs and construction of bridges undertaken by government since 2001

US Supreme Court rules that same-sex marriage is a legal right across the United...