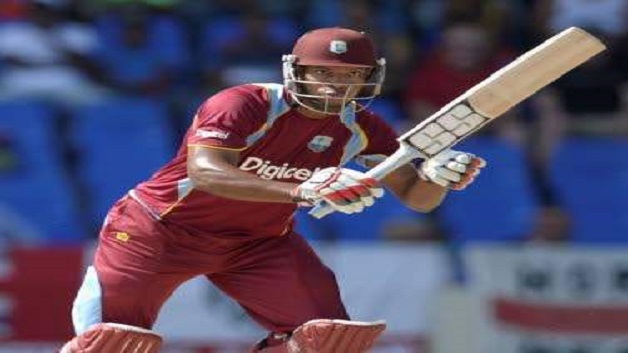 Test discard Kieran Powell stroked his fourth List A hundred to cancel out a wonderful century from Assad Fudadin, as Leeward Islands Hurricanes won their third on the trot with a dominant eight-wicket victory over Jamaica Scorpions here Sunday.

Chasing 263 in the Group A contest at Conaree Cricket Centre, Hurricanes reached their target in the 46th over, with Powell seeing them home with an elegant unbeaten 121.

The left-hander struck eight fours and three sixes off 124 balls, sharing vital partnerships with fellow opener Montcin Hodge who made 64, Amir Jangoo who struck 37 and Devon Thomas who was unbeaten at the end on 32.

Opener Fudadin’s 107 had earlier formed the foundation of Scorpions’ 262 for nine from their allotted overs, after they were sent in.

The Guyanese left-hander faced 133 deliveries and struck 12 fours and two sixes, receiving support from Nkrumah Bonner who narrowly missed out on his fourth List A hundred with 97 off 81 balls.

The defeat was the second for Scorpions in as many matches, leaving them without a point.

Scorpions lost cheap wickets early on, but Fudadin held the innings together, posting 23 for the first wicket with Aldaine Thomas (12), 37 for the second with Jermaine Blackwood (7) and 21 for the third with Andre McCarthy (9).