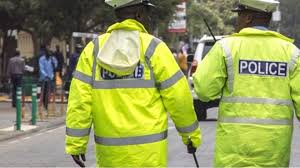 Three men have been arrested at a shopping centre in Kenya’s capital with a suspected explosive device, which has since been detonated in a controlled explosion, police have said.

The Garden City Mall, one of the biggest shopping centres in the city, has also been evacuated.

According to BBC News, police spokesman George Kinoti said the three men in custody were all Kenyans and the explosives were discovered in one of their bags.

In 2013, al-Shabab gunmen killed 67 shoppers at Westgate mall in the city.