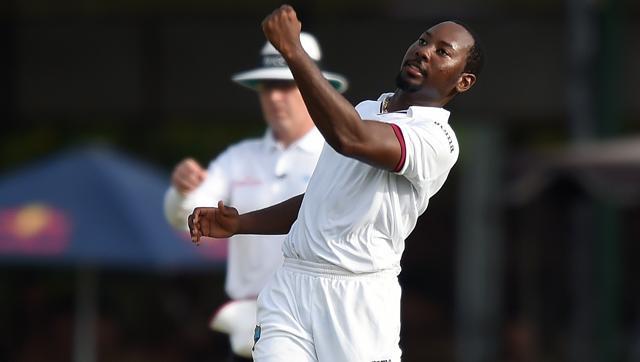 West Indies left-arm spinner Jomel Warrican picked up four wickets in his maiden test bowling spell as Sri Lanka was bowled out for 200 in its first innings on the opening day of the second test today, raising hopes of a series-saving victory for the visitors.

The 23-year-old spinner, who received his Test cap from the legendary Sir Garfield Sobers, grabbed 4 for 67 off 20 overs after Sri Lanka won the toss and chose to bat at the P Sara Stadium in Colombo.

Sri Lanka’s top scorer Milinda Siriwardana said he was disappointed with the team’s performance, but hoped they could dismiss the visitors for under 200 on Friday.

When play was halted early because of fading light and the threat of rain, West Indies were 17 for 1 in reply.