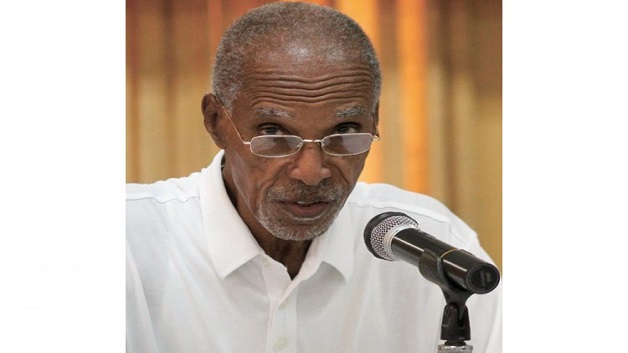 The John Horne Memorial Scholarship was awarded for the first time to Saeed Bowman – a National Exhibition Winner.

The John Horne Memorial Scholarship is awarded to the student who best combines academic and Cultural excellence.

Speaking on WE FM’s Wake up program, Prime Minister Dr. Ralph Gonsalves commended Mr. Bowman, noting that he is a well rounded person, involved in a lot of extra curricula activities.

Dr. Gonsalves who said education is about living and production – encourages students throughout St. Vincent and the Grenadines – to be involved in extra curricula activities.

In 2018 – Bowman, a distinguished pannist – received the Princess Diana Award – the most prestigious accolade a young person aged 9-18 years can receive for their social action or humanitarian work.

The National Exhibitions have the same benefits as the National Scholarships, but for three (3) years instead of five years.

Mr. Ronnie Richardson has been granted a Special Award with all the benefits of a National Exhibition winner. He topped the students who obtained Associate Degrees. He obtained his qualification in Teacher Education (Secondary). He is over 21 years of age – which is the maximum age, under the rules, for national scholars and national exhibition winners; he was born in 1989.

The Cabinet further decided that a Bill will be presented to Parliament to ensure that annually the top ten scholars will be awarded scholarships/exhibitions in the names of the distinguished persons who are listed above; so, too, the John Horne Memorial Scholarship.

A release from the Office of the Prime Minister said Cabinet considers the deceased persons worthy of the continuing memorials. The Prime Minister’s Award will continue to top the list. Of course, it is open to Cabinet to award other memorial scholarships as the circumstances demand or admit.

The Government of St. Vincent and the Grenadines congratulates all these scholars on their impressive scholastic performances.