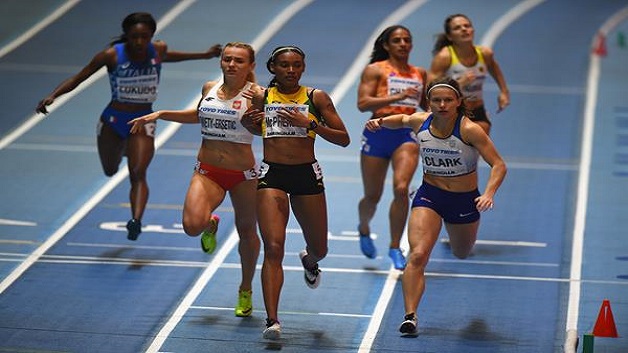 The Jamaican delegation has protested the disqualification of the women’s 4x400m team at yesterday’s final day of the 17th IAAF World Indoor Championships at Arena Birmingham in England.

The team of 400metre finalist Tovea Jenkins, Janieve Russell, Anatascia Leroy and Stephenie-Ann McPherson had finished second to the USA in what would have been a new National Record 3:24.1 seconds but was later disqualified.

According to the Jamaica Observer, the disqualification came after a team member moved from the assigned position in the baton change zone.

Jamaica is one of three countries who are protesting their disqualification form the race along with Poland and Ukraine.

According to a release from the IAAF, “Jamaica was appealing against the disqualification of their team under Rule 218.4.