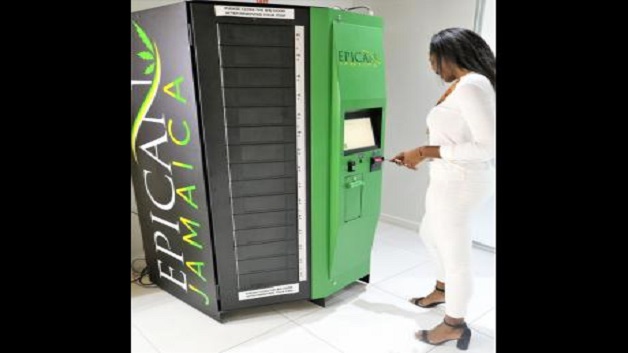 According to the reports, the machines will operate in much the same way as traditional candy or drink-vending machines.

According to the Jamaica Gleaner said they will be available at select locations as soon as EPICAN gets the necessary approval from the Cannabis Licensing Authority (CLA).

While these cannabis dispensing machines will offer the convenience and choice selection as a drink-vending machine, the built-in security features will be a marked differently and will showcase the high technology being introduced by EPICAN.

It said one such machine is on display at the retail store in Market Place, Constant Spring Road, St Andrew, awaiting roll-out.

EPICAN’s chief executive officer Karibe McKenzie explained to the publication that the technology behind its design took into account, and addressed, the potential risk of abuse.

Serena Williams was expecting to take “baby steps” on her return to tennis as...