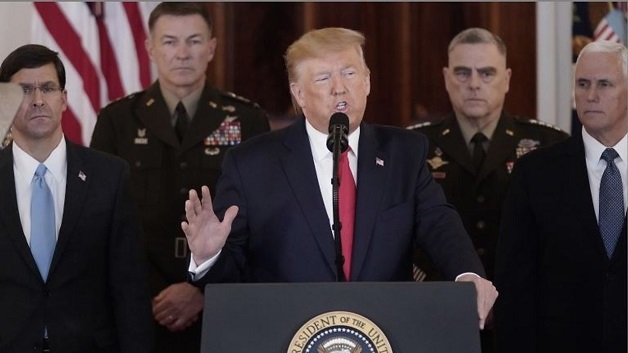 US President Donald Trump says Iran “appears to be standing down” after it targeted air bases housing US forces in Iraq.

According to the BBC, Mr. Trump said no US or Iraqi lives were lost in the attacks, and the bases suffered only minimal damage.

The attacks on the Irbil and Al Asad bases came early on Wednesday morning local time.

Iran said they were a retaliation for the assassination of top Iranian General Qasem Soleimani last week.

Vincentians among Caribbean citizens invited to apply for Russian scholarships

National Parks, Rivers and Beaches Authority, to host a special forum next week on...