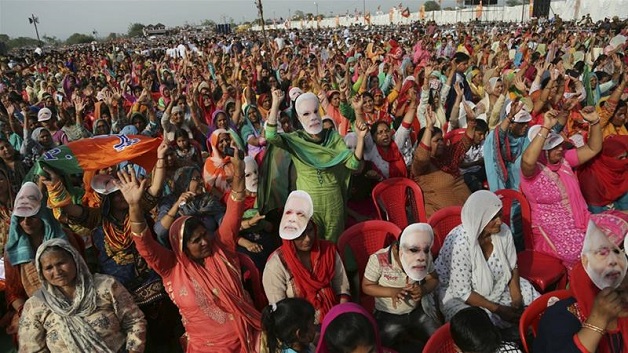 A biopic about Indian Prime Minister Narendra Modi described by his opponents as propaganda has been barred from release during the national elections, a government body overseeing the polls said.

India’s election commission was quoted as saying by Al Jazeera News today – that any biopic which has the potential to disturb the level playing field during the elections should not be displayed.

Under Indian election rules, the publication of any content deemed as campaign material – including advertisements, films and even social media – requires the election commission’s prior approval.

Congress, the main opposition party, said the film flattered Modi and had slammed the timing of its cinematic release as hundreds of millions of Indians prepare to start voting in national elections on Thursday.

UK’s all-time temperature record could be broken by Friday as hot and dry summer...