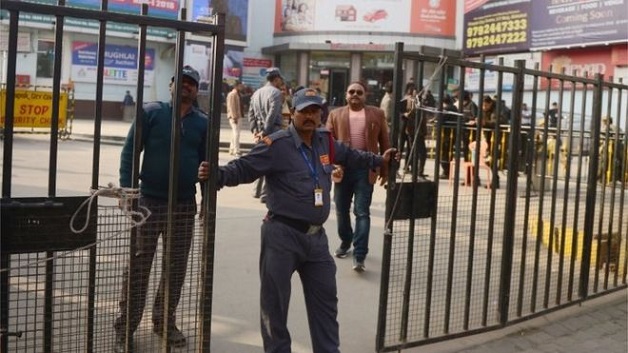 Security has been tightened in parts of India for the release of a Bollywood film which has generated months of violent protests.

Some schools were shut in a Delhi suburb following an attack on a school bus, and cinemas in several states say they will not screen the film.

Hardline Hindu groups allege Padmaavat is disrespectful of their culture because it depicts a romance between a Hindu queen and a Muslim king.

Its release was delayed for two months.

According to BBC News, protesters have been burning vehicles and attacking cinemas, demanding the film not be released.

On Wednesday, footage of mobs attacking a bus carrying students in an area, near Delhi, caused outrage.

It is unclear why the mob attacked the vehicle, which was clearly marked as a school bus.