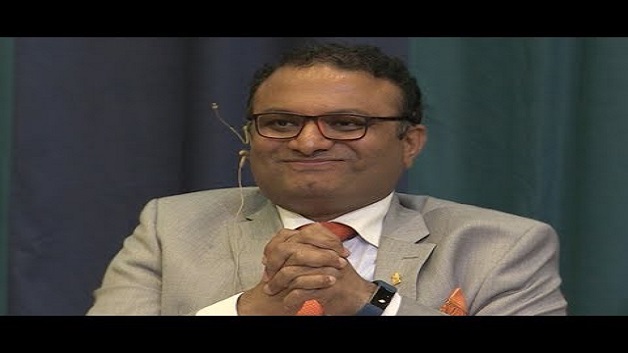 Communities in Antigua and Barbuda could benefit from millions of dollars in grant funding and loans through the Government of India.

India’s High Commissioner to the country, Dr K J Srinivasa said his country is awaiting proposals from government officials on how to utilize a US $1 million grant geared towards community development projects, which he hopes to receive “earliest”. “

We defined them as quick impact community development projects, wherein the community will benefit from them immediately. It could be building of schools, hospitals or improving the sports facilities or gender balance improvement or anything of that sort,” he explained.

Dr Srinivasa said that the Prime Minister of India, Narendra Modi, first announced the grant last September at the first ever India – Caricom Summit, which was held on the sidelines of the United Nations General Assembly.

During his visit to the island last week, the Indian diplomat made courtesy calls to several government ministers.

Meanwhile, the Government of India has also pledged US $10 million in lines of credit for the implementation of solar and other renewable energy programmes under the Climate Change

The diplomat also said India has made several advancements in the fields of renewable energy and climate change mitigation which officials here could learn from.

Dr Srinivasa said that the South Asian country is also willing to help build the technical capacity of Antigua and Barbuda and the rest of Caricom.
“India is willing to share its expertise by sending experts in any field on a residential basis … stay for say, two to five years or something like that, and help in building the technical expertise in these areas,” he said.

The diplomat said progress has already been made to this end with Caricom requesting a specialist in the area of fisheries.

Two Vincentians and a St. Lucian arrested after drug bust on cruise ship