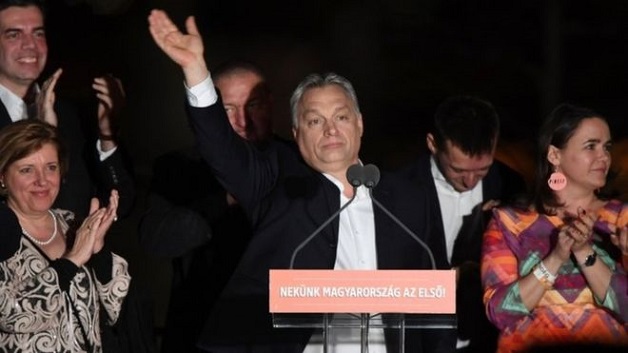 The 54-year-old will serve a third consecutive term in office, with his party Fidesz projected to keep its key two-thirds majority in parliament.

Fidesz won almost half of the vote, with 93% of ballots counted, Hungary’s National Election Office said.

Mr. Orban is a strong Eurosceptic who campaigned on an anti-immigration platform.

In a speech to supporters on Sunday night, Mr. Orban said his victory gave Hungarians “the opportunity to defend themselves and to defend Hungary”.

According to BBC News, leaders of the second and third-placed parties have resigned in light of the result.

Concerns mounting following reports of an outbreak of Chicken pox at Her Majesty’s Prison...