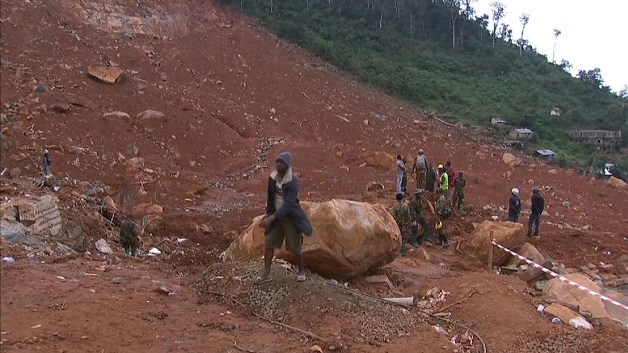 At least 600 people are still missing following a mudslide and flooding that devastated parts of Sierra Leone’s capital, Freetown, a spokesman for the president has told the BBC.

Nearly 400 people are confirmed dead after a mudslide in the Regent area and floods elsewhere in Freetown on Monday.

The Red Cross has warned it is a race against time to find survivors.

Presidential spokesman Abdulai Baraytay told the BBC that bodies were still being pulled from the mud and rubble.