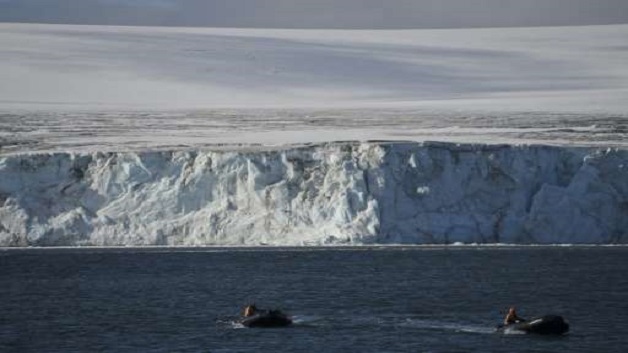 A chunk of ice bigger than the US state of Delaware is hanging by a thread from the West Antarctic ice shelf, satellite images revealed today.

When it finally calves from the Larsen C ice shelf, one of the biggest icebergs in recorded history will be set adrift — some 2,550 square miles in total, according to the European Space Agency (ESA).

The iceberg’s depth below sea level could be as much as almost 700 feet, or about 60 storeys, it said.

According to AFP News, scientists tracking the berg’s progression expect it to break of within months.

The massive ice cube will float in water and by itself will not add to sea levels when it melts.