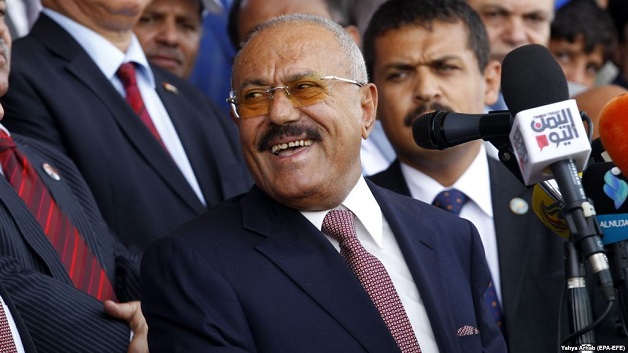 Former Yemeni President Ali Abdullah Saleh has been killed amid fighting between his supporters and their former allies, the Houthi rebel movement.

According to BBC News, officials from Mr. Saleh’s General People’s Congress party said he died in an attack south of the capital, Sanaa.

The Houthis’ leader hailed the news as a “great and significant occasion”.

Abdul Malik al-Houthi said it had foiled a “conspiracy” by a Saudi-led coalition backing the government, to whom Mr. Saleh had made peace overtures.

Until last week, Mr Saleh’s supporters had been fighting alongside the Houthis in a war against Yemen’s current president, Abdrabbuh Mansour Hadi.

But longstanding political tensions and a dispute over control of the main mosque in the rebel-controlled capital, Sanaa, triggered fierce clashes that have left more than 125 people dead and 238 wounded since Wednesday night.