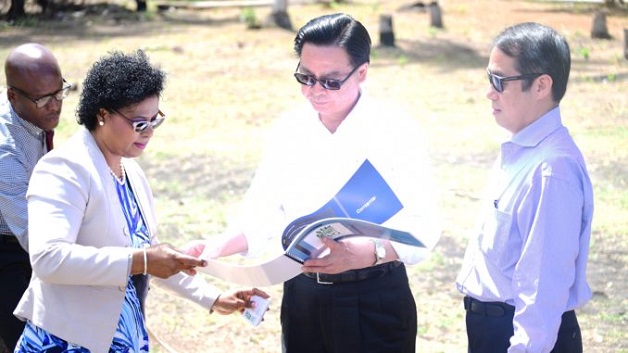 Plans by the government of St. Vincent and the Grenadines to construct a 250 room hotel in Mount Wynne are moving ahead with architectural contracts to be finalized.

This was revealed recently during an official visit by the Foreign Minister of the Republic of China on Taiwan Jaushieh Joseph Wu to the site at Mount Wynne.

Executive Director of Invest SVG Annette Mark lauded the beaches crystal clear water and said she is really looking forward to the ground breaking- noting that the hotel is going to be beautiful.

Mark said they are at the stage where the architectural contracts are being finalized and the next step is final contracts and “identifying our contractor”. She attributed the project to the opening of the Argyle International Airport.

The hotel will be constructed at a cost of US $50-million-dollars made available to the Government of SVG from the government of the Republic of China on Taiwan.