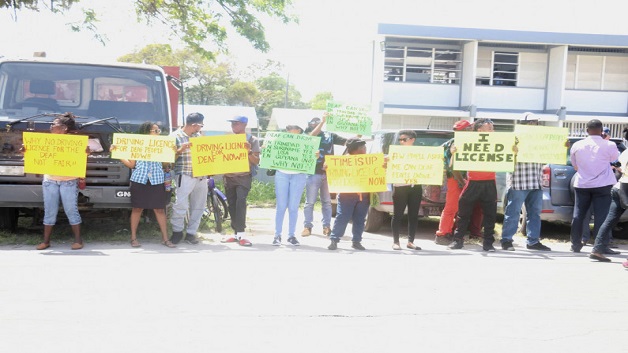 Members of the Guyana Deaf Association have issued a call for the Government to examine and implement provisions that would allow persons who are deaf, to drive on the country’s roads.

A spokesperson for the group explained to RJR Online News, that there were discussions with the government previously, but nothing has been done since then.

The Deaf Association members, who claim that Guyana is one of the few countries that prevent the hearing impaired from driving, was quoted as saying that the situation that they face, is not fair.

The Association’s representative said persons could be forced to break the law in their efforts to obtain a driver’s license.